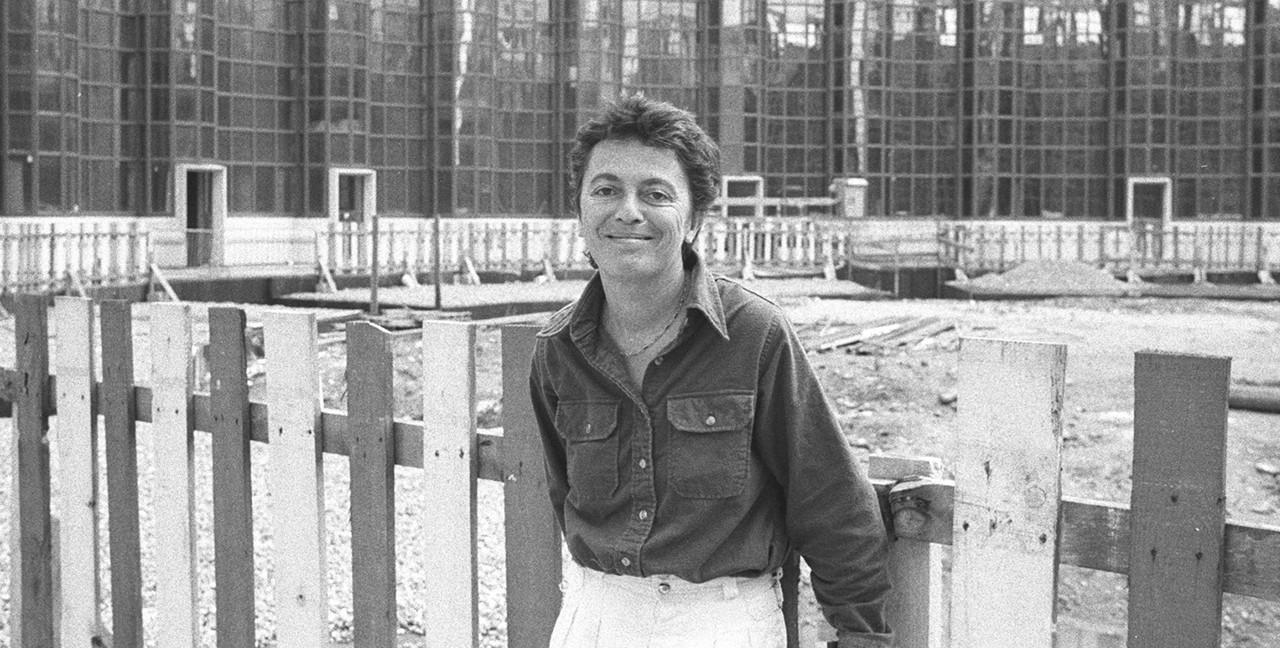 “Language casts sheaves of reality upon the social body, stamping it and violently shaping it.” The Straight Mind and Other Essays

Monique Wittig was born in the Haut Rhin department in Alsace.  She moved to Paris in the 1950s, where she studied at the Sorbonne.  Her first novel, L'Opoponax, published by Minuit in 1964, immediately drew attention to her when it was awarded the Prix Médicis by a jury that included Nathalie Sarraute, Claude Simon, and Alain Robbe-Grillet.  Praised by such influential writers, the novel was quickly translated into English, where it also won critical acclaim.

Wittig became very involved in the events surrounding the revolt of students and workers in May of 1968.  Like many others, she realized that the radical men leading the revolt were not inclined to share leadership.  Wittig was one of the first theoreticians and activists of the new feminist movement. It was in this atmosphere of radical political action that she completed what is often considered her most influential work -- Les Guérillères – published  in 1969.  Revolutionary both in form and content, this novel has been widely translated, debated, and used as a source of ideas by many major feminist and lesbian thinkers and writers around the world.

In May 1970, Wittig co-published what can be described as the manifesto of the French feminist movement.  Ever since, Wittig's works have included both fiction and non-fiction essays evolving into an ongoing dialogue between theory and literary practice.
Throughout the early '70s, Wittig was a central figure in the radical lesbian and feminist movements in France.  She was a founding member of such groups as the Petites Marguérites, the Gouines rouges, and the Féministes révolutionnaires.

From that time on, Wittig turned her attention increasingly toward theoretical works, and a number of her most famous essays date from the late '70s and early 80s.  In a variety of genres ranging from the philosophical essay ("The Straight Mind") to the parable ("Les Tchiches et les Tchouches") she explored the intersections of lesbianism, feminism, and literary form.   Most of these essays were published in two journals.  She became part of the editorial collective of France's major theoretical journal, Questions féministes, and she was advisory editor to an American journal, Feminist Issues, founded in part to make available in English the important works being published in France, notably in Questions Féministes.  Her work became truly bi-lingual, as she translated her own work from English into French, and vice-versa.  She also translated Djuna Barnes's Spillway as La Passion. Earlier translations include Marcuse’s One-Dimensional Man and the Portugese The Three Marias’  Nouvelles lettres portugaises. In the 1980's, she returned to drama and fiction. Her play, created with Zeig first in English as The Constant Journey (1984) and later in Paris as Le Voyage sans fin (1985), is a reworking of Don Quixote.  Her last novel, Virgile, non (Across The Acheron), uses Dante's Divine Comedy as the structuring metaphor but now paradise, hell, and limbo are all situated in a real and imaginary San Francisco.

After coming to the U.S., Wittig worked as a visiting professor at various American universities.  In the 1980’s she completed a doctoral dissertation called "Le chantier littéraire" under the direction of Gérard Genette.  She became a permanent member of the faculty at the University of Arizona in 1990, in French and Women’s Studies.  Her collected essays, published as The Straight Mind in 1992, made her work available to a wider audience and influenced feminist theory around the world.

In 1994, at a special session of the Kentucky Foreign Language Convention, she read extensively from her first work written in English, a short story entitled “The Girl,” which evolved into the screenplay for a feature film of the same title directed by Sande Zeig. Through the late 1990s, she oversaw the publication of her collected short fiction (Paris-la-Politique, 1999) and the translation of The Straight Mind into French (La pensée straight, 2001).  To celebrate the latter publication, an international panel of Wittig specialists, with Wittig and Zeig, gathered in Paris in June 2001 for a three-day conference examining all aspects of her work. The first French screening of “The Girl” was held. The conference papers were published by editors Marie-Hélène Bourcier and Suzette Robichon, in Parce que les lesbiennes ne sont pas des femmes... (2002).

Wittig’s sudden death in January 2003 cut short the career of an incredibly creative writer, philosopher, and activist whose work will continue to influence all who oppose “the straight mind” in its myriad manifestations.  Special journal issues, a major anthology (On Monique Wittig, 2005) and a memorial conference at Harvard (co-sponsored by Yale) in December 2004, paid tribute to her.  Another conference was held at the university of Lyon in November 2009. The conference papers were published  by Benoît Auclerc, and Yannick  Chevalier, in Lire Monique Wittig aujourd’hui, Lyon: Presses Universitaires de Lyon, 2012.

Her doctoral dissertation, “Le Chantier littéraire”, was published posthumously in 2010 by Éditions iXe and Presses Universitaires de Lyon. Her papers were acquired by the Beinecke Rare Book & Manuscript Library at Yale University. As 2014 marked the 50th anniversary of the publication of L’Opoponax an app was launched to accompany the reading of the novel. Users are introduced to the press reception of the novel in 1964, as well as to various translations of the text and recordings in multiple languages of the final pages, providing an initial taste of the “univers wittiguien”.