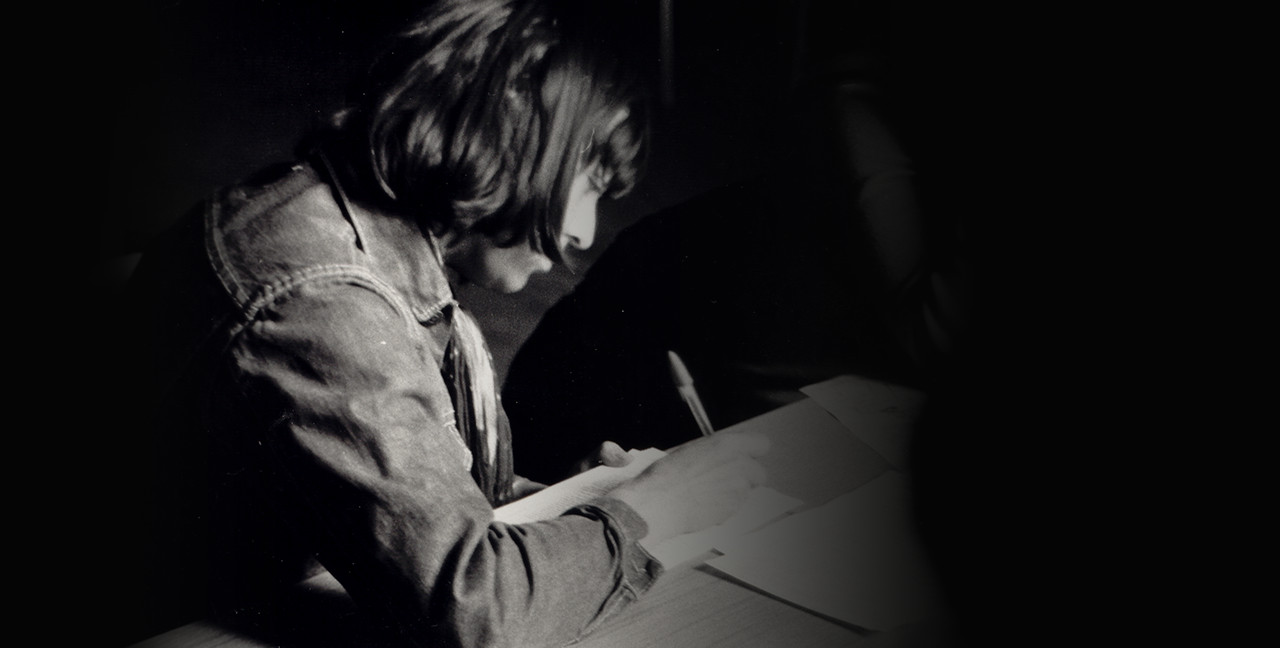 "Well, I, call them giants and you call them monsters. I tell you, Panza, we must kill the arrogance in the giants.” The Constant Journey 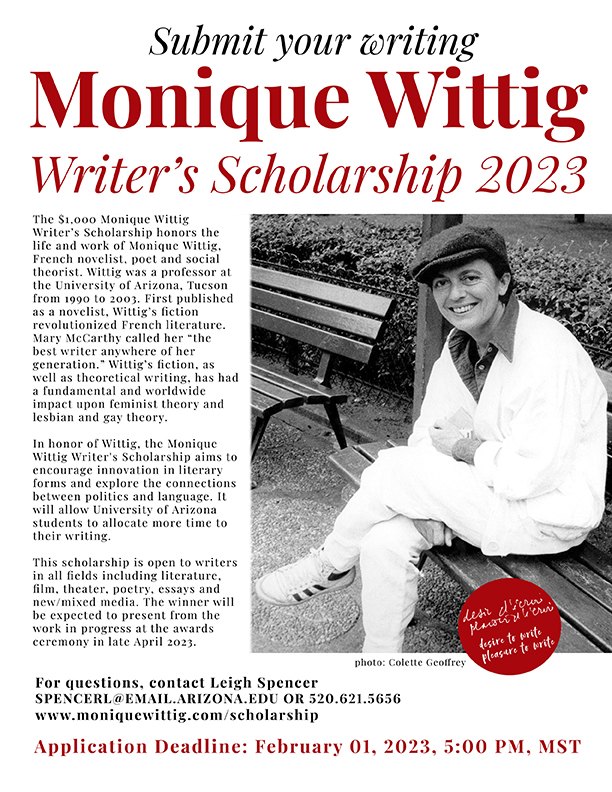 This scholarship honors the life and work of Monique Wittig, French novelist, poet and social theorist. Wittig was a professor at the University of Arizona, Tucson from 1990 to 2003. First published as a novelist, Monique Wittig’s fiction revolutionized French literature. Mary McCarthy called her “the best writer anywhere of her generation.” Wittig’s fiction, as well as theoretical writing, has had a fundamental and worldwide impact upon feminist theory and lesbian and gay theory.

In honor of Monique Wittig, the Monique Wittig Writer’s Scholarship will foster innovation in literary forms and the connection between politics and language. It will allow University of Arizona graduate and undergraduate students to allocate more time to their writing.

This scholarship is open to writers in all fields including literature, film, theater, poetry, essays and new/mixed media. The winner will be expected to present from the work in progress at the awards ceremony.

Applications should include the application form and a cover letter indicating how the student’s work addresses the political and artistic goals of the scholarship, and how the project relates to the student’s other work, and where possible, the work of Monique Wittig. It should also include a writing sample (or other artistic sample) from the project that will be helped by the award, and a plan that demonstrates how the scholarship will aid the student in completing his/her project.

Applications due Wednesday February 1, 2023 by 5pm.

Donors can support the Monique Wittig Writer’s Scholarship Endowment in the following ways:

A gift of cash. (Please make checks payable to the UA Foundation/Wittig Scholarship Endowment, with “Women’s Studies” listed in the memo section.)

WOSAC and Women’s Plaza of Honor
University of Arizona